A sleepy Waikato village, where schoolchildren look after two pet alpacas, is welcoming plans for a Sleepyhead factory and a new town on its doorstep.

Auckland-based Sleepyhead has picked Ōhinewai, beside the Waikato River between Te Kauwhata and Huntly, for a $1 billion project including a sleepware factory employing 1500 people and 1100 homes for about 3000 residents.

Ōhinewai School principal Nesan Govender said the company has held two community meetings about the project, which will transform a district that had just 159 residents in the 2013 Census.

“We do have a rural feel to the place,” he said.

“We have paddocks out the back where we have two alpacas that belong to the school. We have got gardens.”

Sheep used to graze on the school paddocks, but after they were stolen a few years ago a local farmer lent the two alpacas, which he later donated after selling his farm. The school’s 150 pupils, many of whom travel out from Huntly, take turns to feed and care for them. 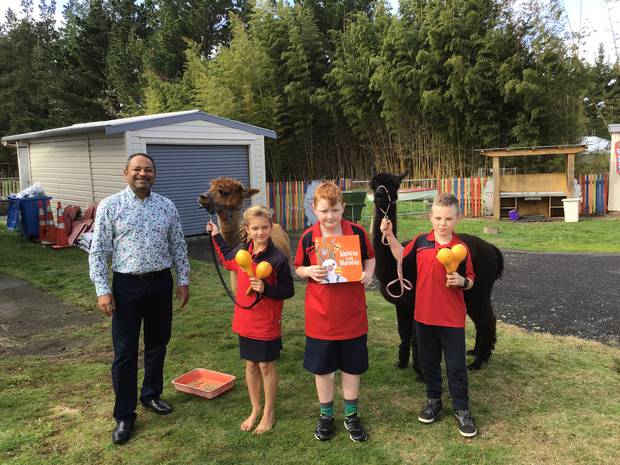 But new housing is already sprouting just up the road at Te Kauwhata as Aucklanders sprawl outwards to find affordable land, and Govender said it was no surprise that the city’s tentacles were now reaching Ōhinewai.

“The feeling in the community is that the change is inevitable and it will suit our board better if we are on board helping to shape the development rather than having the change done to us,” he said.

“I see it as a positive not just for Ōhinewai but for surrounding areas as well, and I think a lot of the local residents have seen that as well.”

Govender said there was plenty of space for new classrooms at the existing school, but another option would be to build a new primary school in the Sleepyhead Estate.

He said a new secondary school was unlikely because there was room for growth at both Te Kauwhata College and Huntly College.

Decile-1 Huntly College’s roll has dropped by a third in the past decade, from 322 to 227, driven by coal mine closures and student flight to richer Hamilton schools and to decile-4 Te Kauwhata College. Huntly College principal Barbara Cavanagh said the school could take an extra 400 to 500 students and its roll had been up to 700-800 in the past.

A well connected and sustainable hub for kiwi business.
Register your Interest

E-mail is already registered on the site.

Stay in the know. Get updates.